Great question – it’s good to be thinking about safety and limits when we’re heading into the ocean!

To answer this, it’s important we understand that what is big to one swimmer, might not be so big to another, so it can be a very subjective place to play.

As a start, you’d have to say that once we’re getting into the 4-5 foot wave range, then that would be considered ‘big’ by most.

But the size of the waves doesn’t tell the whole story, and you may be able to handle swimming in bigger waves if other factors are in your favour. Similarly, you may only be within your limits in much smaller surf than usual, if the factors are playing against you.

Personal factors include your:

Considering all these factors when deciding whether you will be able to handle big (or small) surf will give you a much better picture at that moment, than a black and white answer you can use for every swim.

We’re at Bondi and it’s a 3-foot southerly swell. By all accounts, there are decent waves rolling in. But, there are only three waves, spaced well apart, in each set with large period lulls, the low energy waves are spilling on a high tide and you’re a strong swimmer, feeling fit and energised. In this situation, the 3-foot waves won’t feel so ‘big’.

On the flip side, let’s say the same 3-foot swell was rolling in, but this time there are six waves in a set, the lulls are short, the waves are full and powerful and dumping on a shallow sandbank. You’ve had a big night the night before, you’ve missed a swim training session during the week and you’re doubting yourself. If this is the case, the waves are probably ‘too big’.

So, if you’re trying to decide whether the waves are within your limits, use a range of factors to determine the answer. If you’re swimming with a crew, it’s always a good idea to have an understanding of everyone’s limits, and stick within the limits of the least confident. 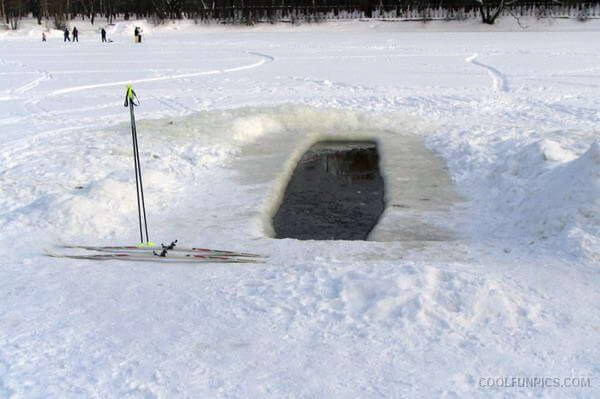 Winter can be a hard time to get motivated to maintain your swimming fitness. Here are OceanFit’s top 10 tips to make winter swimming less of a chore.

Bottom’s up: How to choose where to swim at the beach

I’m more sad than angry, that there are ocean-lovers out there that are spreading misinformation about sharks.

There was one lesson that I learnt from my first family dog Tosh, with the help from my dad, that helps tell the story of ‘sink or swim’.