For me, body surfing is the single most gratifying thing I enjoy as an ocean swimmer.

The idea that you can swim out through the surf, then connect and catch a wave back to the beach, becoming one with the ocean’s energy in that moment, is truly majestical.

Body surfing can be a pure fun activity, or as a performance enhancement at the end of an ocean swim.

Either way, I believe there’s a direct relationship between your body surfing ability and your level of ocean swimming mastery.

Why? Because body surfing requires the full complement of surf awareness, surf sense and surf swimming.

Surf awareness determines where and when you’ll body surf for the greatest efficiency and reward.

Surf sense puts you in the right place, to catch the right waves, at the right time.

Surf swimming allows you to execute, with just the right amount of speed and technique.

There are four steps that need to come together in order to body surf effectively.

The best waves to body surf are unbroken waves that will go on to spill (not dump). Look for waves with a steep face that will pick you up and surge you forward.

If you’re catching waves from a standing start you can also catch broken waves, in this case, give the wave and white water time to settle after breaking and look for a nice even wall of water to catch. Much of wave choice comes down to the waves you don’t catch, rather than the waves you do – be picky!

Maximise your body’s surface area by stretching long, staying as stiff as a surfboard, and keeping your head down and in a neutral position (eyes to the seafloor).

Once you’re on a wave, stretch out as if your hands and feet are being pulled apart in opposite directions. Flatten your hands, keeping them side by side, link your thumbs, and slightly raise your fingers to create a hand plane.

The key here is to match the speed of the wave you are looking to catch and to maintain your speed with a strong kick before and during your time on the wave.

If you’re pushing off the seafloor (below waist level only), you should crouch with one foot in front of the other, bend at the hips, then step into a push and glide across the surface of the water. If you’re swimming onto a wave, you’ll need to get your momentum going as the wave approaches, and then increase your speed to match as it reaches you.

Keep an eye on the rhythm of the waves as they approach, give yourself plenty of time to get to the place you have determined the wave will be in the best shape to catch, and time your surge so that you become one with the wave.

For a standing start, you can wait until the wave reaches you, and then push and glide so as to keep your head and shoulders ahead of the wave. For a swimming start, you’ll need to start swimming as the wave approaches so that you are at full speed when the wave meets you at its optimal shape. 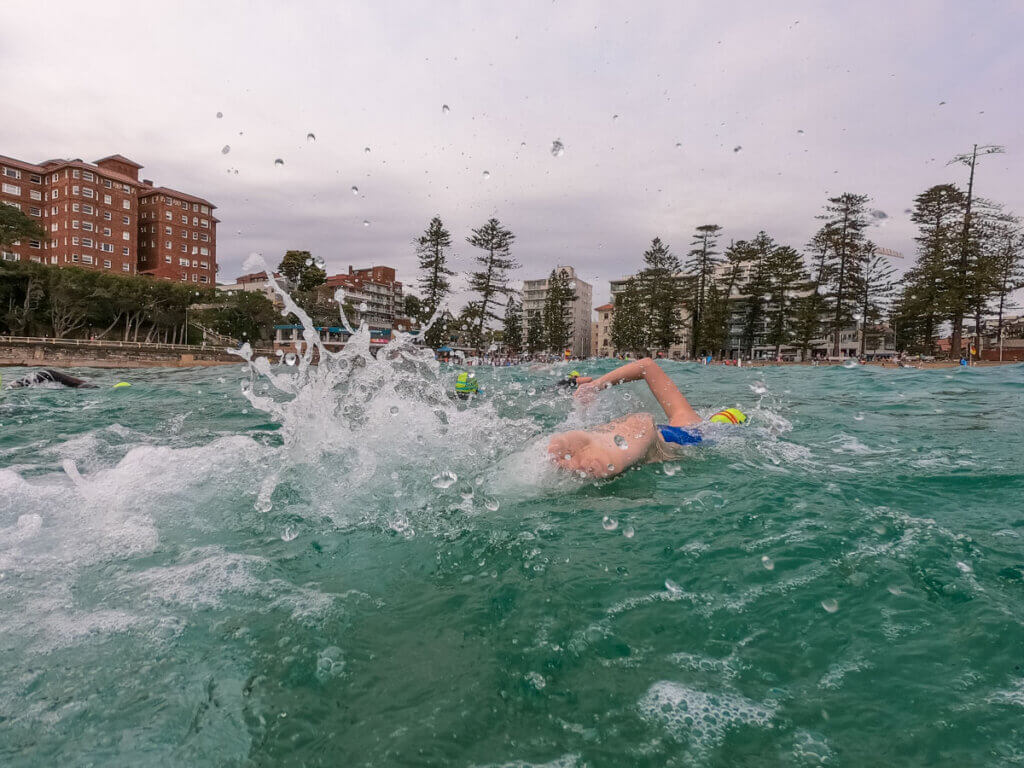 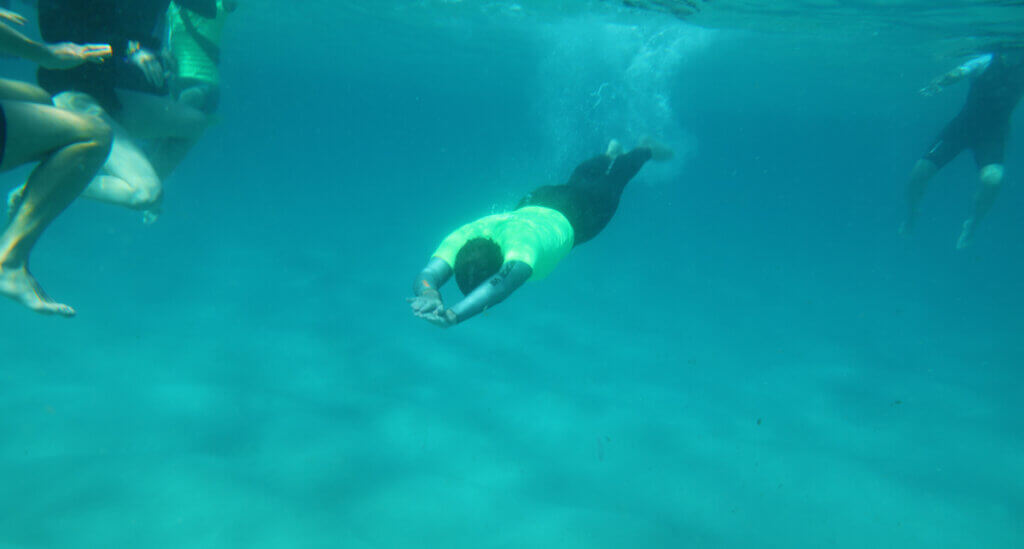 Of the many intricate surf swimming techniques you can master on your way to becoming a pro surf swimmer, there is one principal skill you should focus on to become more efficient in the surf.