Having not grown up in Australia, the first time I heard of Murray Rose was through his association with Murray Rose’s Malabar Magic ocean swim and all the great work he was doing for children as the Patron of the Rainbow Club.

So last week when I got the chance to watch the ABC’s Australian Story ‘A feeling for the water’ I was completely inspired by his story of Olympic success, his unique training techniques and the way in which he captured the hearts and minds of Australian’s throughout his life.

The greatest swimmer of all time

He sadly passed away in 2012 from acute advanced leukaemia, but he has left a legacy behind and an autobiography which provides an intimate glimpse into the personal journey of an Australian swimming icon.

About the book – Life is Worth Swimming

Life is Worth Swimming is an intimate glimpse into the personal journey of Australian swimming icon Murray Roseóîhis life, his stories and his innermost thoughts. Throughout the book, enchanting imagesóîsome nostalgic, some recent and many from his private collectionóîdocument his life, highlight his words and bring the events described into sharp focus.

Those who lived through the ‘golden era of swimming’ will delight in revisiting Australia’s astonishing achievements and revel in the inside stories – including stories of some highly controversial moments – which could only be shared by someone who was there. Others, who have only heard about this magical era, will discover one of Australia’s greatest sporting heroes, while anyone with a philosophical bent, or anyone who wonders what makes an athlete tick, will find deeper meaning in Murray’s words.

Commenting on sport, focus, philosophy and family, this highly engaging and accessible book provides insight and inspiration not only for athletes but also for anyone who has ever pondered life’s important questions.

It’s a fascinating read and I recommend it to anyone looking for inspiration in life’s challenges in and out of the water. Discover five outdoor swimming books from Australian authors that follow the swimming journey of groups an individuals that will both inspire and delight you. OceanFit’s top 5 open water books, perfect as a gift for an ocean swimmer or to enhance your knowledge & appreciation of the open water. Vlad Mravec is well known in Sydney for being the go-to coach for long-distance open water swimming, with many of his prodigies completing Ocean’s 7 swims around the globe. Cyril Baldock OAM is world famous in Bondi for his world-record expoilts in marathon open water swimming and his involvement in surf lifesaving for over 50 years. 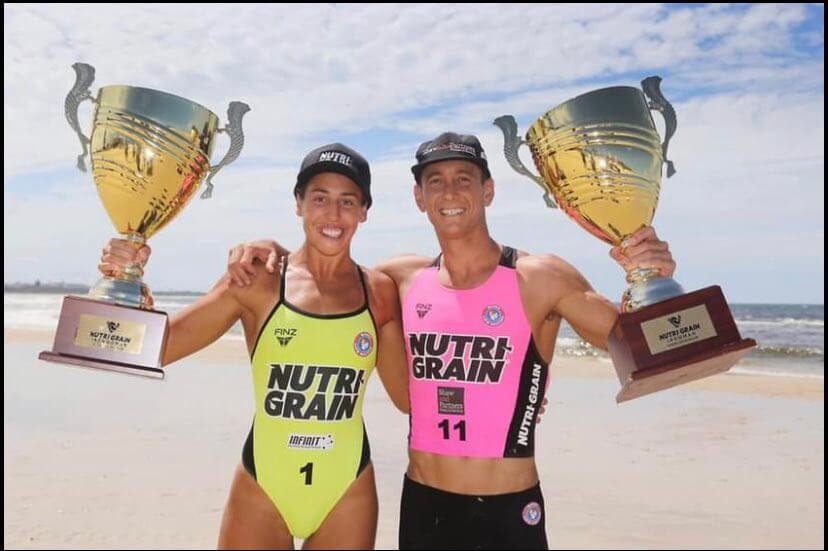