Everyone loves a good magic trick.

And this week at Bondi we’ve been teaching people magic.

You see, back in January, we had a stormy southerly blow tons of sand up towards the walkway, dissolving our sandbanks, and creating a very deep longshore trough and berm.

Then, as if this wasn’t bad enough, the bulldozers that were brought in to move the sand back to the water, in all their wisdom, decided to deposit it right at the water’s edge, leaving an even steeper berm.

The result? When the swell rises we get a ferocious shore dump.

There have been numerous spinal close calls, shoulder injuries and bumps and bruises.

This is rare for Bondi Beach where sandbanks are usually perpendicular to, and attached to, the beach, and separated by distinct rip channels, but common on steep reflective beaches, like Coogee Beach.

Learning how to avoid these formidable waves altogether, is where the magic lies.

Before you start your swim, take the time to watch the waves break on the beach, and follow the swash as it rushes up the berm, and then turns and flows offshore in a backwash.

The backwash will run down along the sand, and under approaching waves, as the next swash rolls over the top and up the berm.

The backwash is what we call the “magic carpet’.

To navigate a dumping wave, simply ride the magic carpet under and behind the wave.

Starting near the waterline, watch the swash flow up the berm, then, as it starts to flow offshore, start to run/briskly walk with it, and using your momentum, throw yourself into a shallow dive that will have you gliding along the seafloor in the backwash.

In streamlined position, your body should be as close to the seafloor as possible, without actually lying on it, and you can use your hands to crawl along the sand to maintain momentum.

As the backwash dissipates, and the wave has rolled over the top of you, you should find yourself in the trough behind the break, where you can make your way to the surface, either by crouching and launching forward like a torpedo or slowly floating towards the surface.

Stay streamlined as you surface, sight forward to spot the next wave, and start swimming.

With a shore dump, there’s a little bit of magic in all of us. 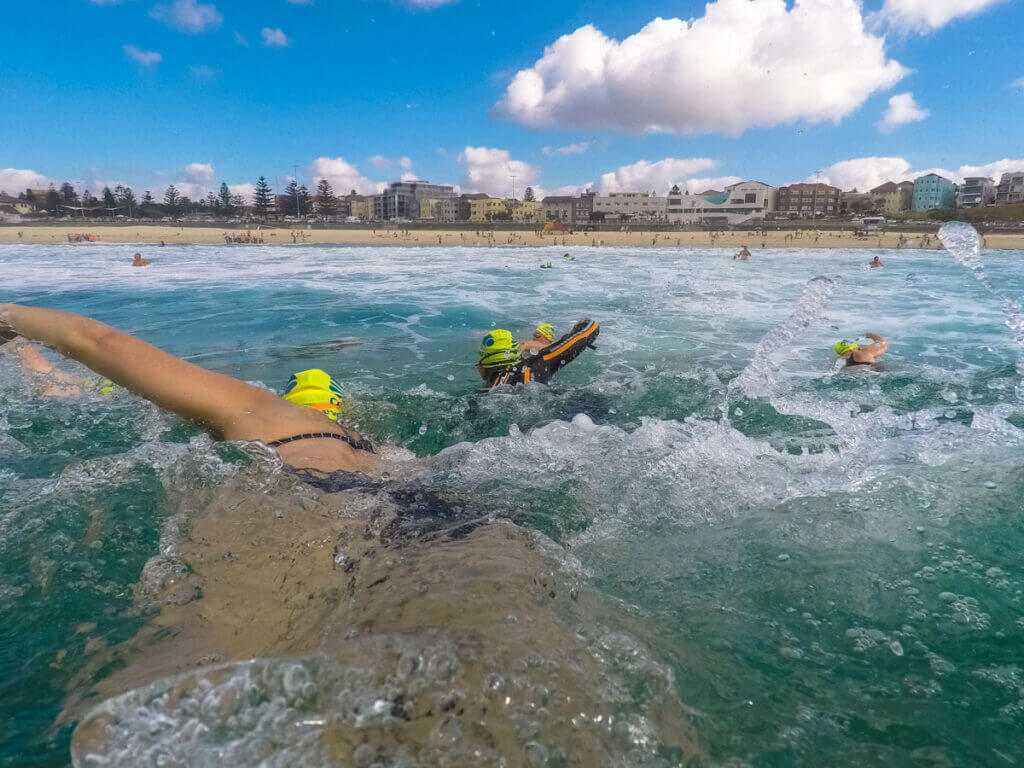 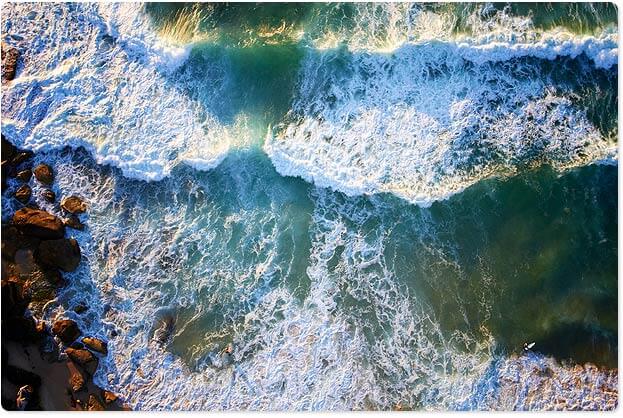 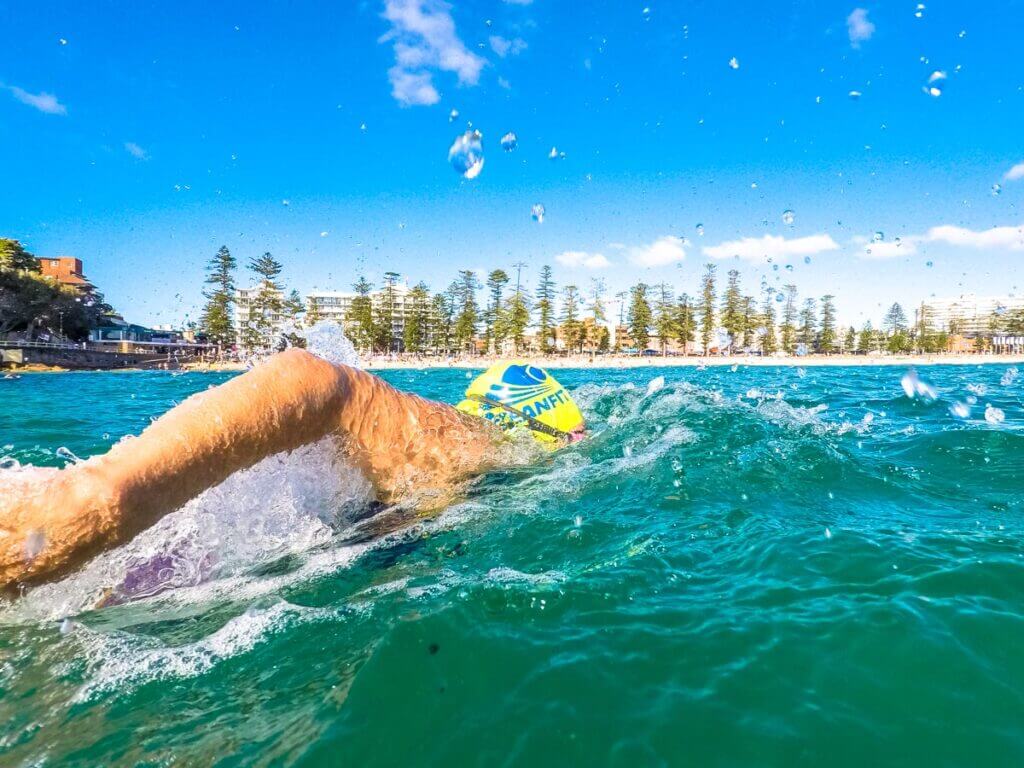 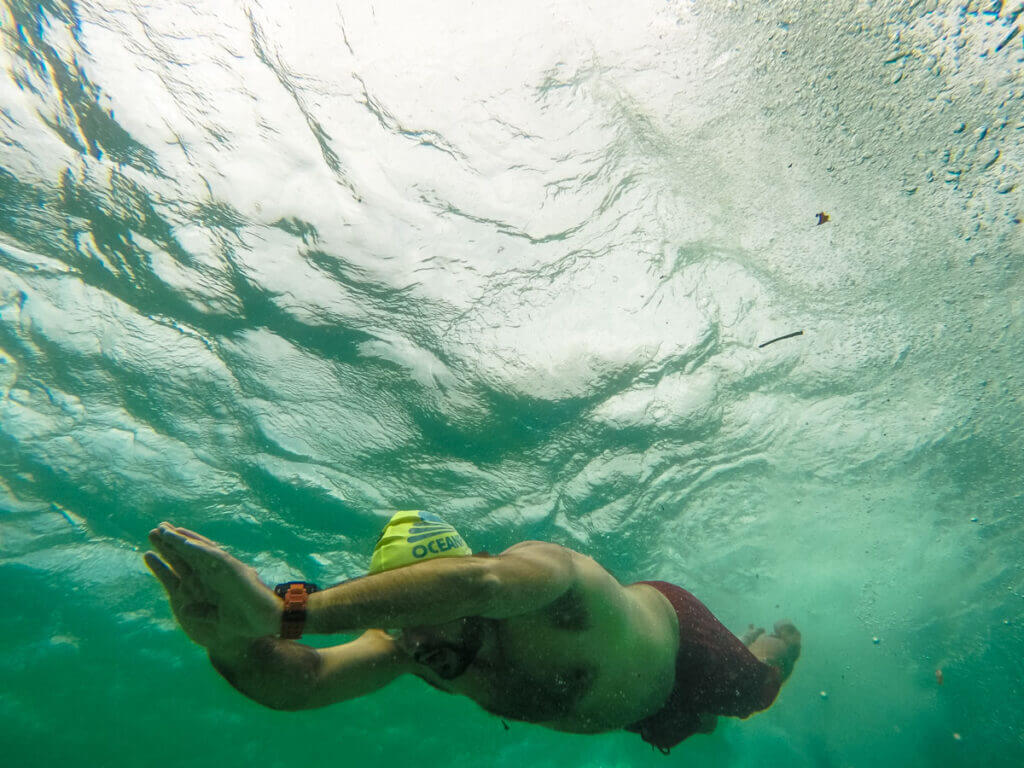