The recent media storm that erupted over a badly worded survey by Waverley Council alluding to the potential banning of surfers from the north end of Bondi Beach has unmasked a real issue ocean swimmers are facing at their busy local beaches.

There are two sides to this all too familiar story for regular ocean swimmers.

On one side you have competent swimmers who would love to enjoy swimming and body surfing in the surf without the real threat of being run down by surf craft users – whether young or old, experienced or inexperienced, local or visitor, clubbie or surf school.

On the other side, you have surf craft users who would love to catch waves on every break along the beach and believe that swimmers belong in the flagged area.

So is any one party right? Are our beaches being managed appropriately to accommodate the many user groups? Is there a solution?

For some beaches, there simply isn’t a problem. For others, it’s a daily fight for space.

To begin to appreciate the situation, we need to understand that every beach in Australia is different. The size of the beach, demand for space, mix of activities, localism, beach management and local bylaws all play a part.

The size of the beach and demand for space is something that can’t be controlled. The beaches can’t be increased in size and yet population growth and development is only heading in one direction.

So we’re left with the activities that beach users are participating in and the way the beaches are managed.

The type of beach activities users partake in tend to stay fairly stable, with swimming/bathing, surfing/SUP/bodyboarding and surf lifesaving sports the majority. Others like fishing, kitesurfing and sailing are also competing for space, with new sports like foiling (surfing) starting to have an impact.

Beaches in Australia are managed by local councils and lifesaving services are provided by volunteer lifesavers and paid ‘professional’ lifeguards. Some councils, like the Sunshine Coast, Pittwater and Cottesloe, outsource their lifeguard services to the Australian Lifeguard Service, while others, like Waverley (Bondi) have Council-employed lifeguards.

On top of this local management are layers of state (i.e. Surf Life Saving NSW), national (i.e. SLSA/Royal Lifesaving/APOLA) and international lifesaving-related organisations (ILS). Among other things, these organisations attempt to provide a standard for beach management and lifesaving, and for the most part, the coal-face lifesaving services align with the standards.

When everyone is aligned to standards we get consistency and high-quality services across the beaches. When they don’t we end up with a mish-mash of rules, beach management and quality of services and personnel.

How can we keep the peace?

Now back to the issue at hand. How do we ensure that swimmers and surf craft users have a fair share of the water and live in harmony together on busy beaches?

The average in-the-flags swimmer simply wants to know that while in the flags they won’t be run over by surf craft. This is easily achieved by placing a second set of flags outside the red and yellow flags, creating a buffer.

There’s an international standard for this with black and white checkered flags used throughout the world, including here in Australia. Swimmers stay within the red and yellow flags and surf craft users stay outside the black and white flags and never the two shall meet.

At the heart of the issue for competent ocean swimmers and surf craft users is the quest for a good quality wave. It’s only fair that both parties get an opportunity for a wave but they simply can’t live together safely.

The red and yellow flags are simply a designated area that has been deemed the safest place to swim at that moment by the lifesaving service on duty. They’re designed for (usually poor swimming) beachgoers who require direction on where to swim safely and the assurance that they are being monitored during their time in the water.

For competent ocean swimmers, the flags are likely to be the last place they’d want to swim. They’re full of people, narrow and unappealing – and the waves beckon.

Gallery: Black and white checkered flags are used widely throughout the world including in the USA, Australia, Ireland, and the UK.

The only logical way is to create swimmer-only and/or surf craft-only beach zones where there’s an opportunity for competent ocean swimmers outside the flags to swim and catch waves where the threat of surf craft users is eliminated.

Within the black-and-white-checkered flags standard is a use case that could solve this. They can also be used to create a craft zone in the same way the red and yellow flags create a swimming zone. Or beaches could be split into zones in other ways, kind of like Waverley Council was alluding to in their survey – with surfers down south and swimmers up north.

In this case, the ‘rule’ would need to be as black and white as the checkered flags. You can’t restrict surfers, yet let clubbies run wild on surf skis and boards. But then, do you allow kids on bodyboards? Surfers on softies? What exactly is a softie? Should it just be beginners on softies? It’s not so simple after all.

However we start to better manage our beaches, there will always need to be a measure of ‘common sense’. These types of initiatives are really only there to manage busy beaches with conflicting activities. Of course, if the beach isn’t busy, the management needn’t be so strict.

We’d like to think that we can all live together in the surf, and etiquette and good manners would prevail to create an environment for all to share, but such a lofty ideological goal seems unlikely with every passing season. 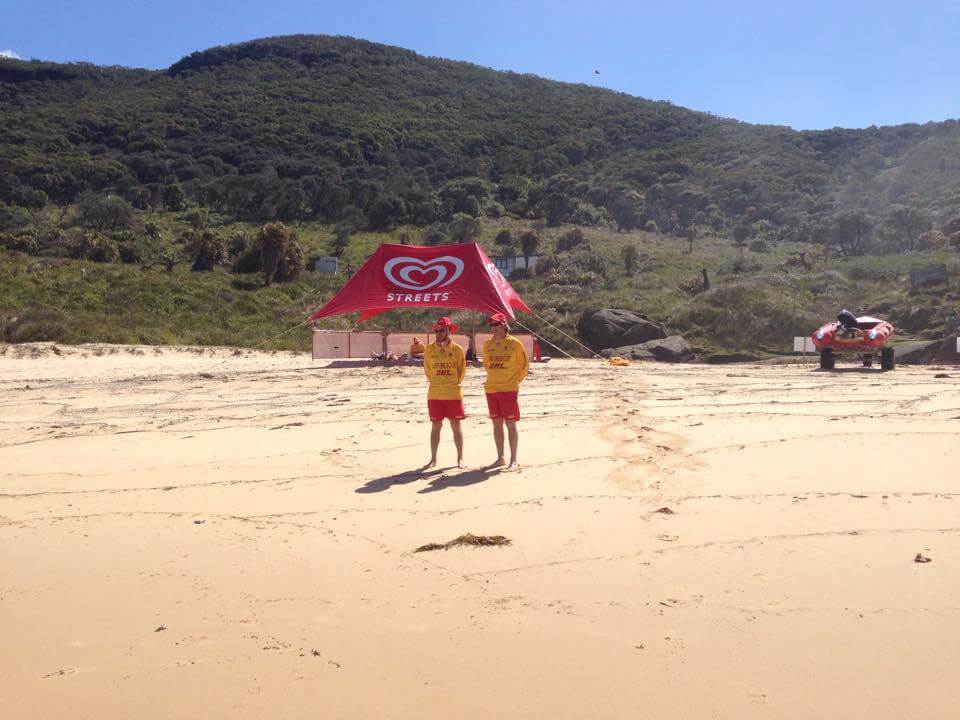