Turning up at 9:20 am to be there for a 9:30 Ocean Confidence clinic on a Saturday morning – word to the wise, be on-time! – I really didn’t know what to expect. The next thing I knew Andre was helping us decipher surf reports and making sandcastles (or sculptures) to show wave patterns, to help us understand what the ocean was doing.

The whole water experience was about using the movement of the ocean to help us, so once the rip weakened past the waves, we ‘swam’ (I was enjoying breaststroking so I could take in the sights of Bondi from out the back) around a bit and used the waves over the sandbank to get back to shore. Too easy!

The session ended with a lesson on body surfing and time to practice and perfect our technique. Andre said he gets everyone body surfing, and he was right, I was catching waves into the shallows after only a couple of attempts and as a group, we were completely covered with sand, inside and out, and smiles as we beached ourselves over and over! 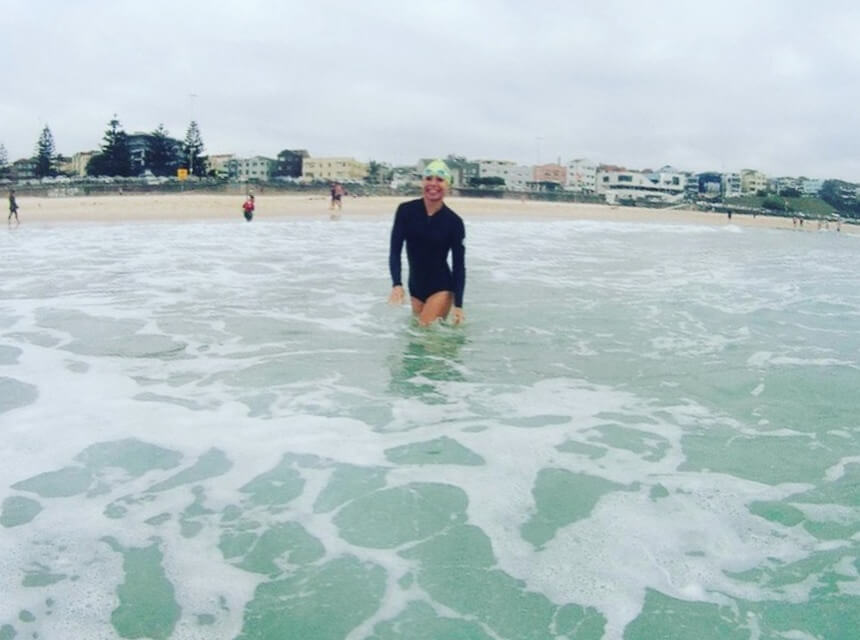 Are you lacking the belief to hit the open water for the first time, or step up to a longer distance or more challenging course? It’s easier than you think!

Andre dives deep into the sport of ocean swimming, with insights into the sport’s history, events, lifestyle, techniques, competitive tactics and where it all started for OceanFit.