The cold can play havoc with your muscles. Learn how to best manage cold water swimming injuries with advice given to professional ironman athletes.

As official Physio’s for the Kelloggs Nutri-Grain Ironman and Ironwoman series we often find ourselves in colder locations (like Portsea, Vic) and despite what many think, in terms of Physio, the biggest concern for competitors in locations like Portsea is not the surf, but in fact the cold.

To be even more specific it’s not the air temperature but the water temp that knocks so many athletes around and can do far more damage than most would be aware.

This is true for anyone who swims in the cold water. Coldwater immersion is the quickest way to cool the bodies core temperature. It’s why when you need to cool your beers at a party it’s far better to throw them in a bucket of ice and water than put them in the freezer. Even though the freezer in temperature is cooler. (Just a tip for young players).

When these top ironman athletes are racing multiple times over a day it creates a problem for them to stay warm for the full day. The biggest concern is Hypothermia and what so many people don’t realise is that dehydration speeds the process of Hypothermia up. By having decreased fluid in the body, it is not able to generate the same heat to stay warm and so cools faster. For this reason, remaining hydrated and constantly sipping on a drink bottle in the cold is just as important as doing so in the heat.

Hypothermia is also one of those conditions that far too many people don’t realise they are suffering from it until it is too late. So prevention is far better than treatment.

Once you become too cold the body has to work extra hard to stay warm, which in turn means you are using far more energy to race and stay active and so you fatigue quicker.

Muscle functions deteriorate with shivering as well, and you lose of fine motor ability, progressing to stumbling, clumsiness, and falling.

The other concern is that all soft tissue, like muscles, tendons and ligaments, are elastic in nature, and so lose elasticity when cold. So their ability to stretch and repeatedly contract is reduced, and by continuing to force it increases the risk of a tear or snap.

A good example would be to get two rubber bands, put one in the sun and the other in the freezer for an hour.

Then after the hour stretch both the rubber bands and see what one stretches easier. You could also see how far you could stretch both until they snapped. Invariably the cold rubber band will be stiffer and snap a lot easier than the warm one, and this is the same with your muscles.

So despite the obvious thrills and spills that can sometimes be created by the big Portsea swell, the real danger and the real key to mastering Portsea has to do with how you manage the cold water. The winners and losers will largely be decided by how well each athlete handles the cold and not just the swell.

The key to optimum health and recovery is balance. In this lesson you will learn how to eat a balanced diet to ensure maximun performance and recovery. 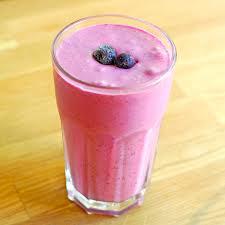 If you struggle to find something healthy and delicious for breakfast that will keep you kicking on throughout the morning try this tasty breakfast berry smoothie.

Summer is the perfect time to commit to a healthy eating and exercise plan but don’t get confused with all the latest diet trends, what you’re looking to do is eat clean, colourful and balanced meals.