There was a moment this winter that really crystallized it for me, what it meant to ‘enjoy the freedom’.

On our Swim The Whitsundays tour, we were leading a group of swimmers on a journey around Black Island on the northern tip of Hook Island.

I’d talked up this swim a lot in the lead-up, but I could still sense nervousness amongst most swimmers and a little scepticism that the swim would be as amazing as I was making it out to be.

You see, when you swim around Black Island there is a reef shelf that drops off from ~1 metre of water to more than 12 metres. It literally feels like you’re swimming off the end of the ocean, but the marine life is absolutely spectacular.

It can also be very intimidating and even a little spooky, and quite rightly, the nerves were peaking as we shuttled the swimmers over for the first swim of the tour.

I could see the trepidation splashed across the faces of the swimmers, they were trying hard to smile as I harped on about how awesome it was going to be.

When we got to the starting point I indicated it was time to enter the water, but there wasn’t a rush to hop in. I knew they all trusted me, but it was still a big step to take first up.

As they hit the water and started to swim over to the drop-off, you could see the stiffness in their stroke.

Then the swim started.

Not more than 100m later, the first heads popped up.

“This is so amazing!” yelled one.

“You were right!” shouted an earlier sceptic.

It was at that moment that these swimmers had truly relaxed into their swim and the shackles of self-doubt and fear they had put on themselves at the beginning had been released and they were enjoying every moment of the freedom.

From there the current slowly guided them along the reef, and as they swam they spotted Parrotfish, Clownfish and even Maori Wrasse. There were stingrays and turtles and even whales breaching in the distance.

Time was lost, speed forgotten, and by the time the circumnavigation was complete, there was only unbridled joy and a whopping sense of achievement left in the minds of the swimmers.

Whilst this is an experience of epic proportions, I’m sure you can think of a similar moment you’ve experienced. In fact, it probably happens every time you swim in the ocean.

It might be OceanFit’s tagline, but it comes from a place owned by every ocean swimmer. You won’t get everything right when you’re ocean swimming, so learn how what to do when things don’t quite go to plan. 2020-21 was an extraordinary season, let’s look back on what we’ve learned as we swam our way through a pandemic. 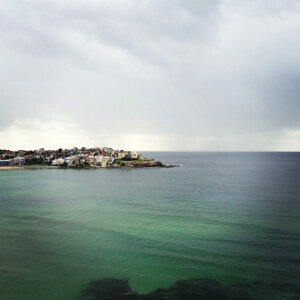