“Well, the excitement and nerves were racing in anticipation of the swim.

As a Canberra resident my only open water practice was swimming in the dirty freshwater Lake Burley Griffin at about 14 degrees, so the thought of a clear warm ocean was excitement plus.

This was also going to be my first real ocean swim, so I guess the nerves were racing a little hence I took the 750m option as I wasn’t convinced in myself I would last the 2km swim.

Andre from OceanFit and the event staff at Hamilton Island were great, they kept me informed all through the trip and it made for a fantastic experience. 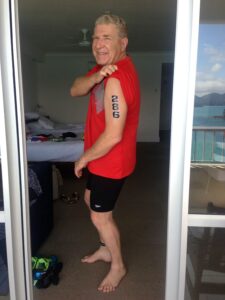 On arrival at Hamilton Island I was advised of where to get the race pack and where I would meet up with Suzie O’Neil (aka Madame Butterfly, and eight-time Australian Olympic swimming medalist), so it was off to check into the hotel, then down for the race pack, change into the Whitehaven Swim T-Shirt, then meet up with Suzie and her husband Cliff.

Suzie and Cliff are fantastic people we had a great conversation and she thought I picked a great spot for my first swim. After our meeting it was time for a warm-up swim, so around Catseye bay it was – well for a little bit anyway and what a difference to Canberra’s lake! 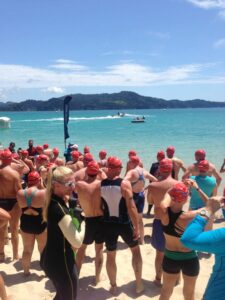 That night came SMS messages and emails to advise all of us that the swim at Whitehaven Beach couldn’t go ahead as the conditions were too rough, however, the swim would be moved to Catseye Bay and so the swim unofficially became known as the ‘Catseye Classic’.

The organisers had a new schedule out to us all with new times so we ended up having an earlier swim – we even watched them setting up the buoys from the hotel room. We made our way to the marquee, great for the spectators, where we met a very nice group of Manly swimmers who invited me there for a swim one weekend, caught up with Suzie and Cliff who settled my nerves, had the briefing then it was off to the start line. 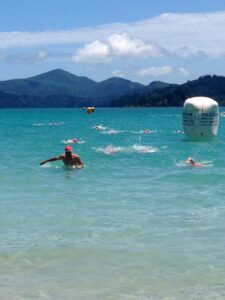 The race started, I hung back to avoid the rush as my aim was to finish, but once I was the water all my nerves disappeared and I was enjoying it.

I think I was enjoying it a bit too much in some spots as I was checking out the reef underneath. When I rounded the first buoy I found some bumps in the water, all good, round the second buoy and still good, now time to race!

The competitive edge now kicked in on the last leg and I had a few people around me so had to go faster to get in before them.

What a great swim, I finished in a relaxed time of 23 mins, but really enjoyed it and am now looking for other swims.

Suzie and Cliff found me after the swim to check how I went, then it was lunch while presentations were made, then onto a casual pool crawl – checked out every pool and had a couple of refreshments along the way… 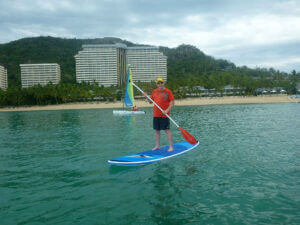 The next day we had breakfast with the koalas, then down to the beach for a swim with the Manly crew. I followed up my swim with a bit of stand up paddleboarding and then headed to the airport to return to my favourite cold Canberra lake.

Thanks to Andre and his OceanFit team for everything, it was a wonderful swim and weekend and I’m really chuffed to have swum the inaugural Catseye Classic. 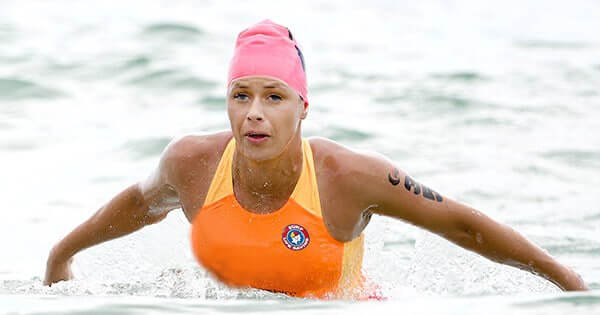 Thanks to OceanFit, Nicola Logan won herself a trip to Hamilton Island to participate in the Whitehaven Beach Ocean Swim – hear how she got on!

To help you ease your anxiety, boost your confidence and swim your best on the day we’ve put together these pre, during & post Cole Classic swim tips.