One of the positives to come out of these unprecedented times has been the way it’s made organisations adapt, pivot and look at what they do through a different lens.

In particular, now more than ever, the consumer is getting the attention they deserve.

Heading into this ocean swimming season it was uncharted waters for event organisers.

For others, it was about creating a new normal.

The best consumer-focused initiative for ocean swimmers has been staggered starts.

This is where a few swimmers at a time are sent off continuously a few seconds apart.

Previously, large groups of swimmers were corralled, usually by gender and age, and sent off in one fell swoop. This created chaos as swimmers hit the water, which continued out into the ocean as waves of faster front markers in groups behind started to swim over the ones in front.

Except, perhaps, for those racing for a place, this method was universally hated by all. It would easily be the most complained about element of any event.

In fact, back in 2016, we surveyed nearly 1,000 ocean swimmers about a range of things, and when we asked what organisers could do better, the number one thing was ‘managing swimmers and starts (relating to being swum over and pushed around)’.

When we asked about what worries you the most about swimming in the ocean, ‘crowded swimming conditions and getting pushed around’ was right up there with sharks!

Even without the survey results (which we shared with organisers at the time), organisers would’ve known about this for years, but not one of them, that we know of, changed the starting method.

Often, it’ll take something dramatic to shock us into change, that’s just basic human behaviour, and this is one change that is better late than never.

Through all the loss and sorrow we’ve endured during this pandemic, a shining light for ocean swimmers will be the positive legacy of staggered starts.

And, while we’re talking about innovating, ocean swimming events are ripe for new ideas and there’s no better time than now for organisers to lift their game.

To begin with, addressing some of the other recommendations from the 2016 survey would go down a treat (organisers, contact me for a full copy):

If the sport makes the most of this once in a lifetime opportunity, it could just equal exponential growth! 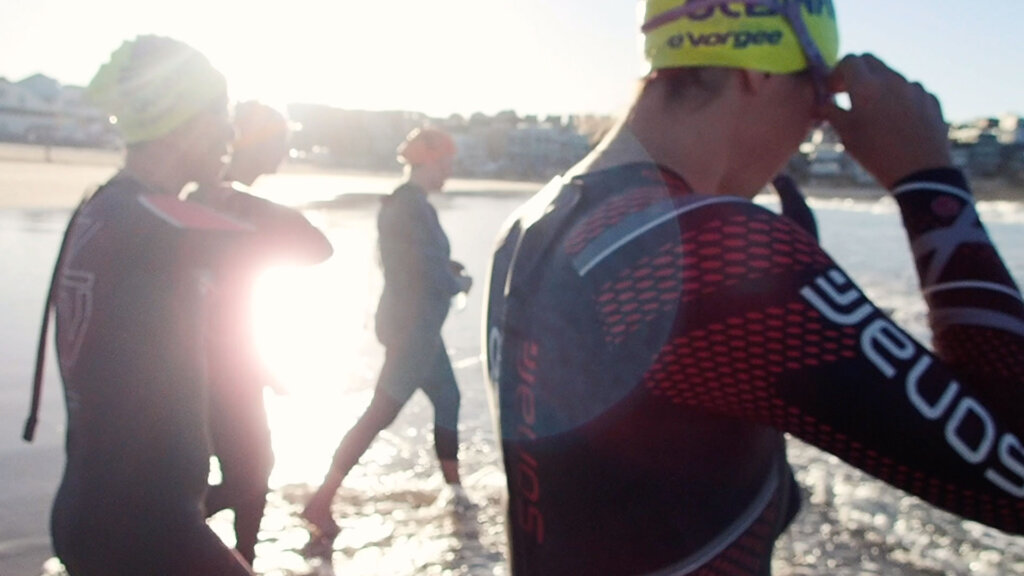 Were you a winner in our annual ocean swim survey? Find out if you’re one of the lucky ones, as well as a snap shot of the insights we have gathered.