No one can deny I didn’t have my finger on the pulse last week when I wrote about the ‘great wetsuit debate‘.

On Saturday the Bondi To Bronte swim organisers in Sydney were faced with an unseasonable ocean temp reported to be as low as 13.5 degrees (15 degrees on Sunday) and therefore made the sensible decision to move the event to Bondi on Sunday, reduce the course length, and promote the wearing of wetsuits.

Predictably, as soon as this decision was communicated, the ‘newds’ erupted in outrage on social media.

“How could you let wetsuit wearers be eligible for prizes!” they squawked.

“They are not even real ocean swimmers, and they’re treating us as equals!” you could imagine them muttering to their neighbour.

There they go thinking the sport revolves around them again.

From what I gathered, the consensus from the bare-skinned bandits was that, sure, people could wear wetsuits, but they should still not be eligible for prizes, or at least they should only be collecting from their own prize pool.

The reason I applaud the organisers for their decision is that when you’re dealing with the sorts of numbers that attend these swims, and the attitudes and peer pressure of the ‘newds’, you simply can’t trust people to make the right decision.

In fact, unlike the loosely regulated world of ocean swimming (which isn’t a bad thing), at any FINA sanctioned open water event, the policy is clear. You’re required to wear a wetsuit if the temperature drops to between 16 and 18 degrees, and the event is cancelled in water temperature under 16 degrees.

In my experience, swimmers will more than likely over-estimate their fitness and ability, and when it comes to being able to handle swimming for a prolonged period of time in 15 degrees, they’d back themselves.

The thing is, if you’re a fair-weather swimmer and not experienced at swimming in these ‘subarctic’ temperatures, it can be hazardous to your health.

Hypothermia is easier to come by than many would think, and it’s extremely dangerous. As it was, dozens were treated for hypothermia on the day.

If there was a prize category for non-wetsuit wearers, you can be sure that there would’ve been swimmers who would have put themselves at risk.

And that is what’s at the crux of this whole thing. Risk.

Organisers have a duty of care to manage risk and ensure the safety of all participants.

With the advantage going to wetsuit wearers, much of the motivation to keep the wetsuit off was removed.

By the end of the week, hardly anyone will remember, or care, who won the prizes (only 6% of swimmers are in it to win according to our 2016 survey, n=995), but the majority of swimmers will be happy they participated, have a great story to tell and be excited to take on their next challenge.

At the end of the day, this decision was a win-win for everyone.

Organisers ensured there was no pressure not to wear a wetsuit, kept the event in Bondi to best manage their water safety and first aid resources, and reduced the length of the course to reduce the time in the water, tick.

Swimmers, whether in a wetsuit or not, got to participate because the organisers kept the swim on, tick. 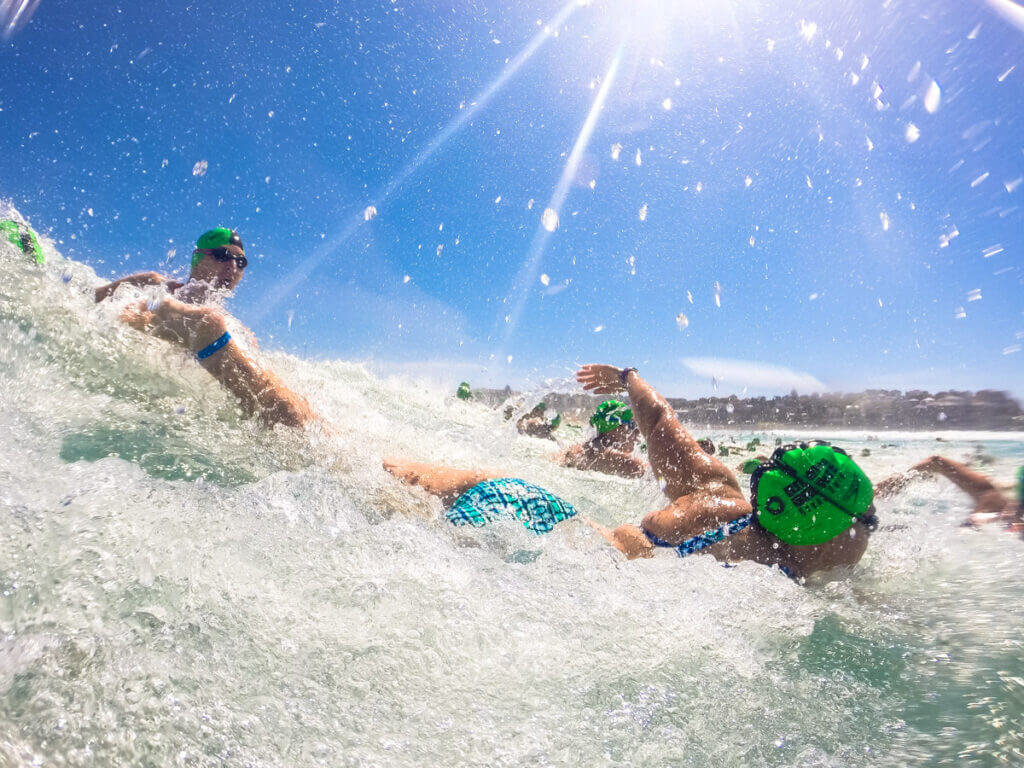 The wearing of wetsuits in ocean swimming events is a hotly debated topic among a small section of the open water swimming community, which side are you on?