In the summer of 2012-13 the Japanese Fisheries Agency announced the annual Southern Ocean whale hunt would be cut short after failing to meet the planned quota of minke whales to be killed for “research’.

Conservation activist and Sea Shepherd founder Paul Watson claimed a win for the organisation, which has harassed the Japanese fleet relentlessly, preventing harpoon boats from locating and killing whales.

Killing whales is an abhorrent act – especially on the systematic, industrial-scale which Japan employs – and is something an enlightened, progressive society should condemn and strive to eliminate.

The Australian government has welcomed Japan’s decision and is currently mounting legal action against Japan through the International Court of Justice. The Japanese could see this as simply an attempt to assert sovereignty over the contested Antarctic and surrounding waters by a country which was happily whaling until 1978.

And while Melville’s romantic mythology of warriors battling on the high seas has been superseded by floating factories and a fleet of fast ships with exploding harpoons designed to inflict maximum damage upon its victims, there is a saying originally attributed to Mexican Revolutionary Emiliano Zapata and performed by the former federal environment minister’s old band which is appropriate:

It’s better to die on your feet than live on your knees!

There are currently thousands of dolphins, including 42 killer whales, in captivity worldwide and over 30 dolphins in captivity in Australia. The industry is a big money spinner for their parent companies.

There is a claim that dolphins enjoy performing, and due to their strong will and intelligence, if they didn’t want to they would refuse. This is the same as the jumps racing lobby uses; “these horses love jumping’, they say. They usually leave out “with a jockey on their back whipping them’.

Social equity is also an issue used by advocates of keeping dolphins and whales captive; it gives people who do not own a boat or live near the coast an affordable way of seeing and enjoying nature. Considering a lot of marine parks are in coastal cities this is a fallacy, and at a starting price of A$80 to Sea World (Australia) and US$73 to SeaWorld (San Diego, USA) an adult, this is simply an upper-middle-class indulgence.

As for enjoying nature, looking at the latest “show’ from the US SeaWorld the message seems to be “why bond with your kid on an amazing hike to a beautiful vista (for the cost of entry to a national park) when you can sit here and watch someone else do it? Oooh look! Shamu!’.

Shamu was SeaWorld’s first-ever orca, caught in Puget Sound and sold to SeaWorld in the 60s and despite her death in 1971, Shamu is the name simultaneously given to all and none of the captive orcas used in SeaWorld shows.

As a child did you ever notice your pet goldfish swimming listlessly around the bowl not looking too good, only to find him happy and healthy (and perhaps larger, smaller, or a different colour) the next day? The same principle applies at SeaWorld. By keeping the name of the performing orcas the same, the issue of death in captivity – and death in general – can be completely avoided. Just like what your parents did when they flushed “goldie’.

But not everything marine parks do is ethically dubious or questionable, they are often called to the scene to tend to stranded, sick or distressed whales in the wild, and with a fleet of vets and cetacean specialists, can often nurse a whale back to health. The conservation or education components of each park range from non-existent to comprehensive and seem divorced from the actual showing of the whales to the public, which is often a highly choreographed rock and roll affair that Kiss would be envious of.

People for the Ethical Treatment of Animals (PETA) recently had a lawsuit against SeaWorld dismissed in the US District Court. PETA claimed that keeping orcas in captivity is akin to slavery and a violation of the 13th amendment of the US Constitution. The lawsuit was a typical PETA stunt, designed to bring the plight of captive orcas onto the public agenda rather than be a serious legal challenge, and Judge Jeffrey Miller found that the 13th amendment does not apply to non-humans, but PETA point out that in the past, basic rights were denied to women, children and racial and ethnic minorities.

Our collective goal should be to add the job “dolphin trainer’ to that of “whaler’ as a throwback to a time when we as a species were completely ignorant of the complex social structure, culture and intelligence of whales and dolphins. If the Australian government feels it can challenge Japan over whaling in international waters, and legislate to arrest anyone it suspects of whaling, it should join PETA and other organisations and fight for the release of all whales and dolphins from captivity. 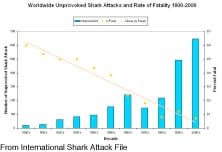