One of the biggest hurdles for new ocean swimmers is fear. Fear of the unknown, fear of failure, fear of being held under, fear of looking like a kook, fear of being the slowest, fear of being dumped, fear of encountering a large sea creature that shall not be named…

In some cases, these are legitimate fears. Many have gone through terrifying, life-threatening experiences in the ocean, perhaps due to a lack of understanding, or taking on conditions that were beyond their abilities. It is a protective mechanism designed to keep us safe. Weak or non-swimmers, for example, should rightfully be fearful of the ocean.

In other cases, these fears are irrational. I understand these as well as most! As a Canadian, I would get extremely anxious swimming in the lake. The dark, murky waters let crippling thoughts creep into my mind, even though I knew with 100% certainty there is nothing in the lake that could hurt me.

What if today is the day the Lake Trout decide to attack?! Who knows what’s living in those weeds!

The heart starts racing, the breathing gets short and rapid, and it was suddenly the absolute last place on the planet I wanted to be. Long story short, I was the ultimate ‘Chicken of the Sea’.

When I moved to Australia in 2015, I joined the surf club and started swimming a couple of mornings per week at Bondi. Of course it was scary.

All Australians are basically professional swimmers who grew up in the surf, no? I am going to look like a fool.

Fortunately, there were several friendly members who assured me it was an inclusive group, and I would be fine. I was.

Every single morning I went to the beach, I learned new skills and gained confidence. I watched those who were much more skilled and listened to any tips that were passed my way. Most importantly, I experienced it myself.

I got dumped by waves and experienced the washing machine. I have ‘donated’ countless pairs of caps and goggles to the ocean when I haven’t been paying attention and taken a wave (or two) in the face. I’ve had occasional wardrobe malfunctions. I was not the fastest in the group or the slowest, but no one would have noticed either way. I was far too busy trying to negotiate waves – and not let Andre get ahead – to worry about any sea creatures. These were the things I was afraid of, but I have always resurfaced and carried on.

Because I have experienced these things, and continue to on a daily basis, there are very few moments when I ever feel uncomfortable in the ocean.

I’ve done this before, no big deal!

I’ve shown myself what I am capable of and have a good understanding of exactly what my abilities are. I look forward to the bigger, messier surf days when I have the opportunity to test my skills and my courage and keep learning.

Ocean swimmers are an inclusive bunch. Most are more than happy to talk about their experiences and share tips. Any group will have a range of skill levels so you’re unlikely to be the best or the worst, and if you are – who cares? Everyone was a beginner once!

Back yourself and experience the ocean as much, and as often possible. Don’t face it alone, and show yourself there is nothing to be afraid of. 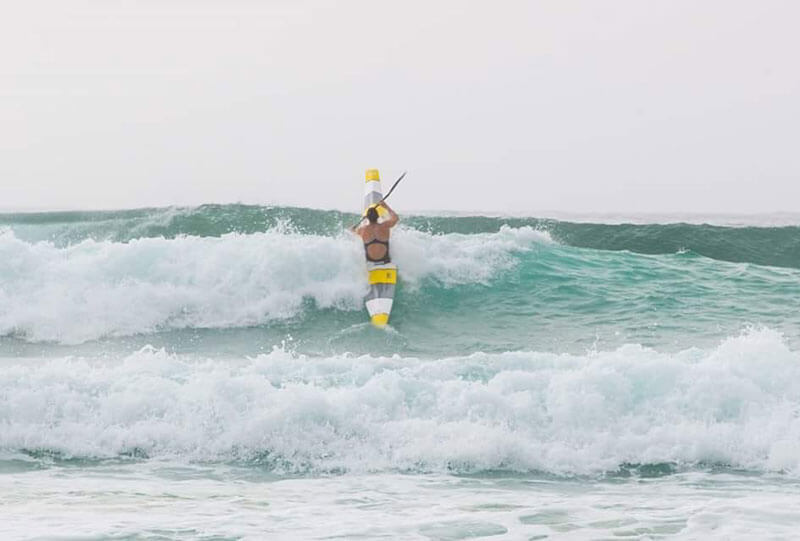 If you’ve become complacent in your ocean swims, or feel like you’ve plateaued, there’s no better way to compliment your swimming than to take up a new ocean sport. 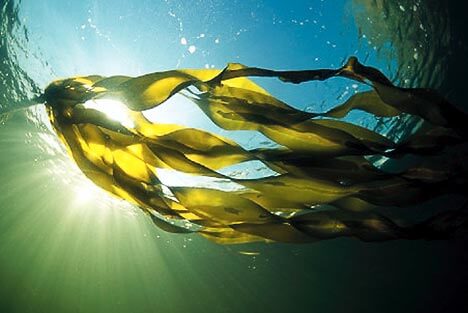