Swimmers have taken to social media to give the bird to those who ridicule them for posting their swim maps.

Smartwatch wearing swimmers throughout the country have taken to social media today to give the bird to those who continually ridicule them for publicly sharing their swim maps.

Taking inspiration from GPS artists who ‘draw run’ pictures as they run the streets, swimmers have managed to create intricate designs that mimic someone ‘giving the bird’, or ‘the finger’ on some of Australia’s most iconic beaches.

It’s unsure who initiated the challenge, but it has clearly struck a nerve with smartwatch wearers who have hit the ocean en masse to throw their support behind it.

In Bondi, one swimmer has started and finished his swim art at the North Bondi rocks, extending an arm halfway across the bay in a 1.115m swim in a time of 42:51. Of interest to no one, ever, was that the ‘Swolf’ for this swim was 65. 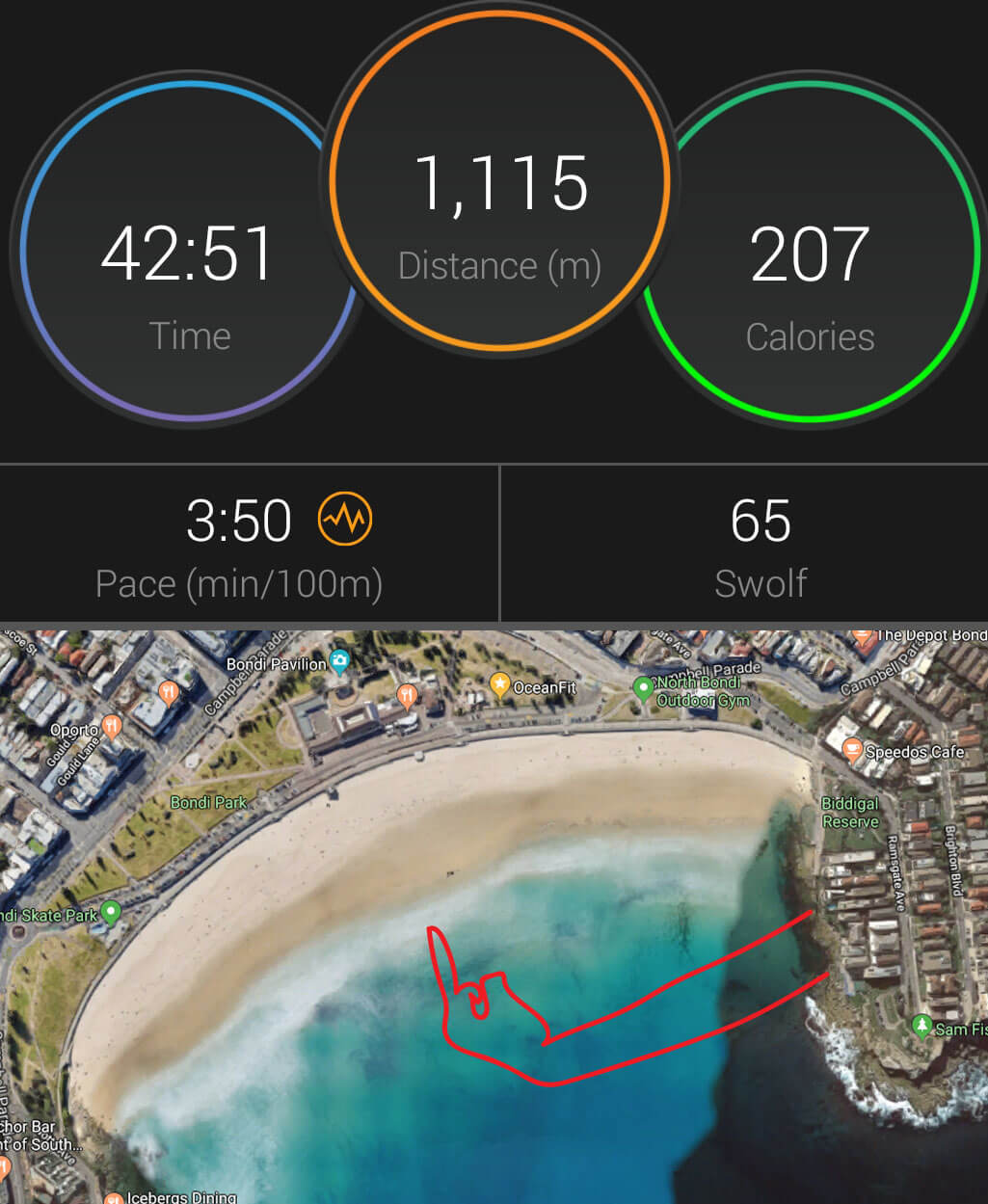 In Manly, an incredible swim from a local triathlete has managed to sketch out a double-handed f–k you.

In the Instagram post to, yet again, share her swim map, the swimmer wrote “Telling the haters what we think with a little swim map magic.”

Other #swimthebird swim art has been spotted at the Lorne Pier, the location of the popular Lorne Pier to Pub event, at Broadbeach on the Gold Coast, and at many smaller beaches throughout the country – confirming that being a showoff isn’t restricted to swimmers in the metro cities. Demonstrating his cheeky and humorous side, a quick swimming South Australian took things to another level by crafting a phallus next to the pier at Glenelg Beach. More affectionately known as a ‘cock and balls’, the 3.02km line art looks to have consisted of a 1200m swim out and back, between to circular swims of 400m each, finishing with a series of in’s and out’s – which was likely where the 258 calories were burnt. It’s unsure what his Swolf was. 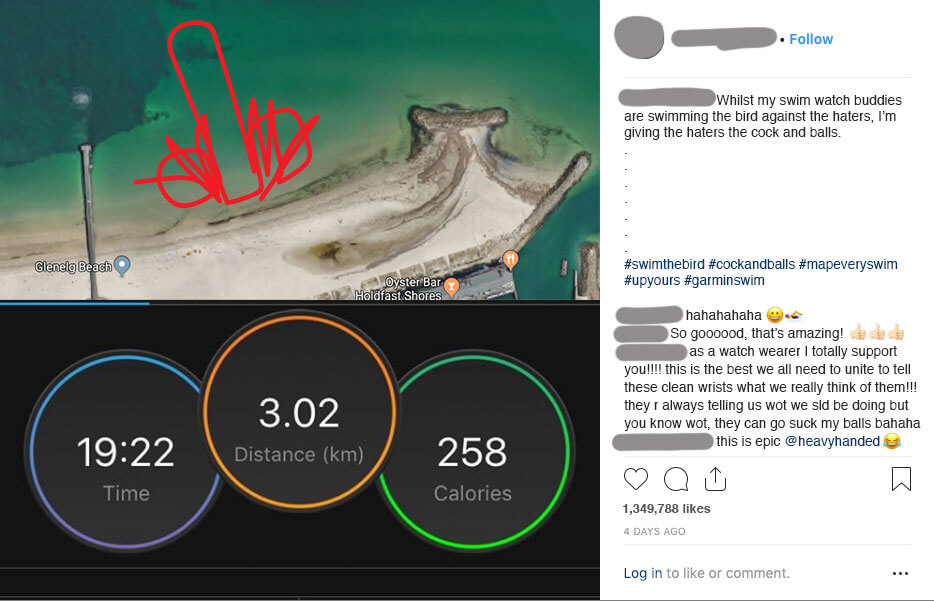 When shown pictures of the swim art at Town Beach in Oceanville, an older local regular swimmer who, remarkably, can still enjoy ocean swimming with only his swimsuit, cap and goggles, was shocked that swimmers had desecrated his favourite swimming location.

“I shall be bringing this up with my local member,” said Tech Nophobe, before the reporter from the Oceanville Advocate let him know that there wasn’t literally a red drawing in the ocean itself.

The Garmin Effect: Coaches ask for training lanes to be measured Following the huge surge in participation during the recently enforced ‘swim and go’ sessions, the Olympic Committee has today announced that frolicking has been added to the 2024 Olympics as a demonstration sport. Oceanville City Pool is being hailed today for its new policy initiative to reduce the confusion around its lane speeds. Swimmer ‘shocked’ she hasn’t kept her fitness over winter