Babewatch: There’s nothing slow motion about this swim crew

Find out how Babewatch are bringing awareness to mental health issues while having fun and keeping fit.

This week we caught up with Ali from Sydney’s northern beaches social swim squad Babewatch.

With the ocean regularly credited with having natural healing powers, it’s this quality that Babewatch harnesses to bring awareness to mental health issues while supporting its swimmers, having fun and keeping fit.

Q&A with Ali from Babewatch

Who is Babewatch and what do you do?

Babewatch is a group of young adults aged 18-35 years who create a community which promotes healthy bodies and minds through a connection with the ocean. Babewatch allows individuals to thrive and it celebrates a culture of openness and vulnerability. We achieve this through organised swims, discussion groups, social events, community events and fundraising.

Our main focus is on ocean swimming and raising awareness about mental health. We have a range of abilities from first-time ocean swimmers to national swimmers. All are welcome.

When and how did it all start?

In 2017 it was restarted by four members of the original group and in the 2017/18 season, we raised $20,000 towards batyr, a mental health charity trying to smash the stigma associated with mental health and make it part of everyday conversation.

Where did the name come from? And do you need to be a ‘babe’?

Not 100% sure where the name came from – but we believe it was a take-off from Baywatch! How has the group evolved since inception?

The original group in 2011 really focused on encouraging young adults to get into ocean swimming and this is definitely still present today. Though our fundraising is focused on different areas, cancer and mental health, they are both very large topics of our time and the drive to make a change is consistent throughout.

What charities do you support and how do members personally get involved?

Last season we supported batyr. We ran events that the batyr team came and supported, like our 12hour swim, which involved us having swimmers swimming between Manly and Shelly beaches from 6am to 6pm. Also some members were fortunate enough to go to the batyr ball which was a great night.

Can you tell us about one of the crew who surprised themselves in achieving their goal?

Last season we had a guy who at the start couldn’t swim 50m in a pool without standing up, he ended up being able to complete a 2km ocean swim! That was pretty incredible. Just showed that putting your mind to something means you can achieve it.

Through our discussion group called Babewatch Talks, many members found the support and encouragement to share their stories about their struggles with mental health. How do people get involved? Do you have social swimming/activities outside of attending events?

To sign up you can go to our website www.babewatchcrew.com.au our membership just requires you to purchase a pair of our awesome Budgy Smugglers. We have training sessions on Tuesday and Friday mornings at 7am and Sundays at 9am (when we don’t have an organized ocean swim) in Manly. Other than our swims we do run social events and discussion groups like Babewatch Talks regularly. Best way to keep up to date is to join us on social media.

What are your plans for the season? Which events will you be attending?

This season we are hoping to grow and increase our numbers. We want to reach as many people as possible. Ocean swimming is such a special and unique experience, everyone who gives it a go has the same feeling – it is simply just freeing and relaxing.

We will be going to nine different ocean swims on the northern beaches and eastern suburbs and regularly training at Manly. We will also have multiple fundraising events throughout the system.

If there are people out there who would like to support Babewatch but can’t join you, how can they get support you?

If people want to get involved but aren’t swimmers, they are more than welcome to come along to events and be part of the community – but we can’t promise we won’t try and convince you to swim!

Other than that people can donate to our fundraising and help us make a difference and make mental health a normal part of the conversation. Say goodbye to painful ears with SwimSeal, a new ear drop that coats the ear canal and prevents water being trapped and causing infection – the leading cause of ‘swimmers ear’.

Can ocean swimmers and surf craft users share the waves?

Ocean swimming keeps the black dog at bay for Hanby

Criminal lawyer Justin Hanby was diagnosed with bipolar disorder in 2013 and he now swims daily as a way to take control of his mental health. 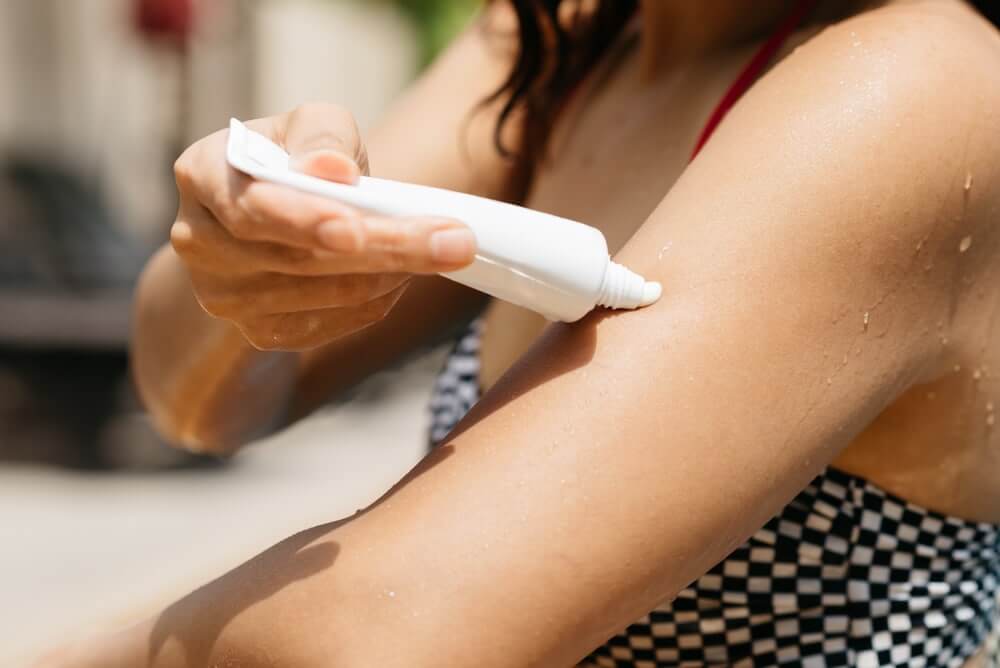 Is your sunscreen doing more harm than good?

The warm weather is here and out comes the Sunscreen – learn from OceanFit’s Lia Trebilcock if yours is doing more damage than good and why you need to put the 50+SPF straight in the bin!