Were you a winner in our annual ocean swim survey? Find out if you're one of the lucky ones, as well as a snap shot of the insights we have gathered.

The ocean swimming community has spoken, and they overwhelmingly favour a 2km journey swim, think $30-40 is a fair price to pay for entry and want organisers to focus on providing highly visible swim buoys, low water safety to swimmer ratios and fast access to swim times and results.

In its second year, nearly 1,000 surveys were completed by ocean swimmers throughout Australia, providing us with the most comprehensive insight into the sport of ocean swimming in Australia.

For the 988 participants, it also meant a chance to win a trip for two to Hamilton Island to participate in the Whitehaven Beach ocean swim, including flights ex Sydney, two nights accommodation and island activities.

And the winner is…

There can only be one winner, and this year’s major prize goes to Paul from Canberra – congratulations! Paul isn’t a seasoned ocean swimmer, but he’s a keen runner and tries his hand at mini triathlons. Paul is looking forward to getting into ocean swimming this season and there’s no better place to start off an ocean swim obsession than Whitehaven Beach!

There are also a whopping 30 consolation prizes that have been won, with winners walking away with either a new pair of Vorgee Missile goggles, OceanFit clinic vouchers or OceanFit online training challenge vouchers.

Initial insights from the survey

We have only just scratched the surface of the results so far, but already there are some really interesting insights for swimmers and organisers.

Here is a little snapshot:

The 30 other lucky winners are…

All winners will be contacted by email to organise prizes. Unfortunately, there’s no swapping or gifting of prizes.

Event organisers, get in touch

Are you an event organiser? Get in touch with us so we can share the results of this survey to help you create even better ocean swims for the ocean swimming community. The insights we have can help you achieve increased swimmer satisfaction for more new, and repeat, entries.

There’s loads of data to crunch, with fantastic insights into just what makes ocean swimmers tick, so as we find a new nugget we’ll share it with you right here on our blog.

Keep an eye out for them this summer.

Many thanks for participating in this year’s survey and also to Hamilton Island and Vorgee for your continued support.

If you haven’t already been to Hamilton Island for the Whitehaven Beach ocean swim, then book your flights now – you won’t regret it. 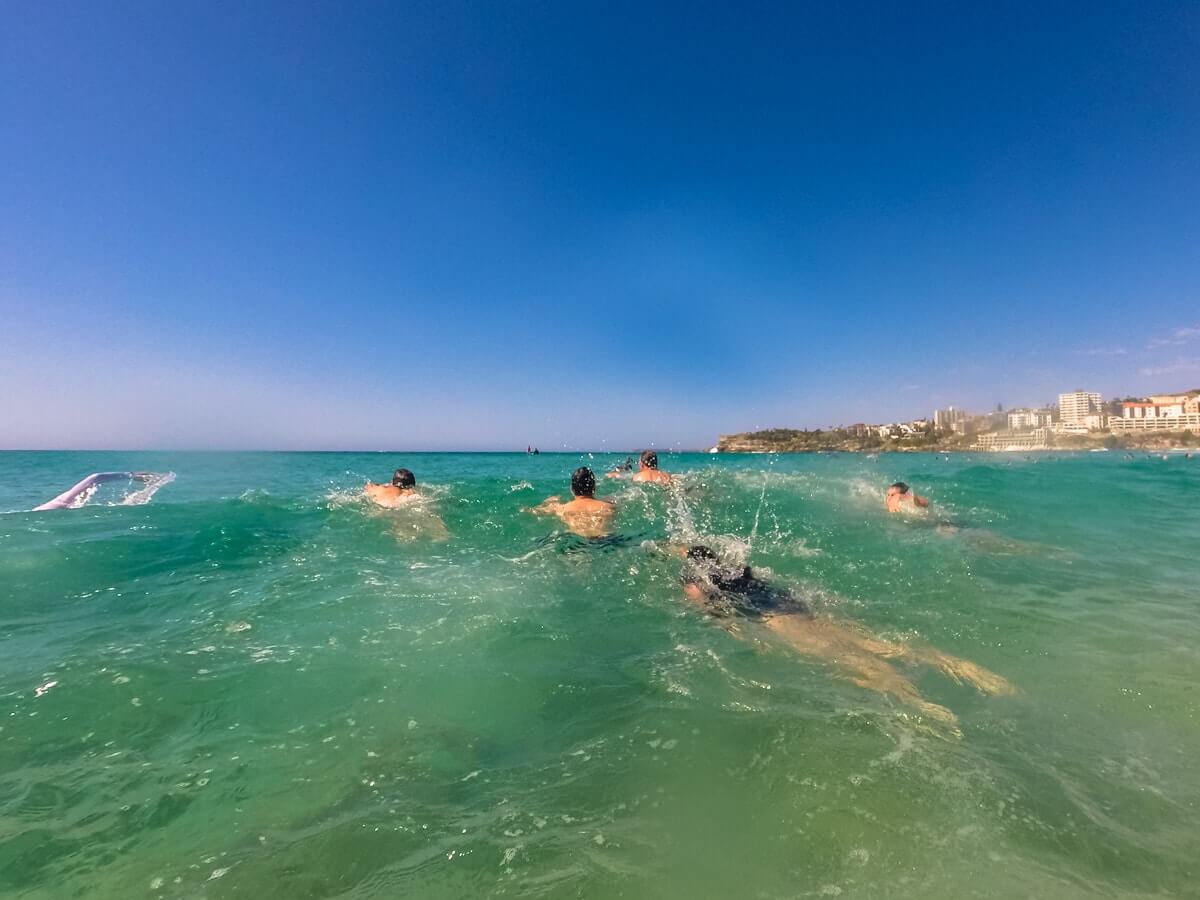 There are dozens of social ocean swimming groups throughout Australia, and they’re great for regular swimming and camaraderie.

Beneath the waves by Bondi Mermaids

The Bondi Mermaids are a group of the Sydney community that want to highlight that there are no ‘passive use’ marine areas in the eastern suburbs of Sydney.

Can ocean swimmers and surf craft users share the waves?